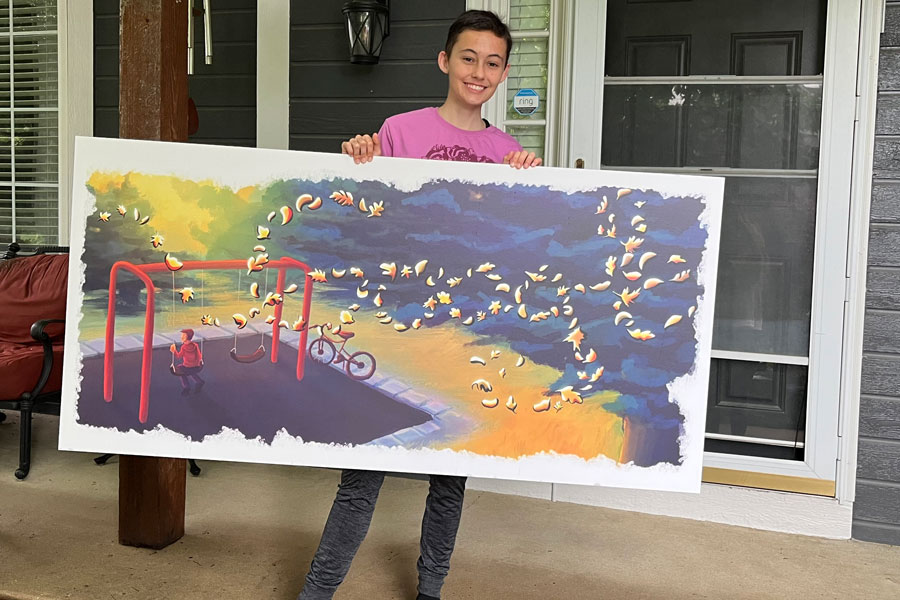 Waverly Atlis, a recent USD 232 graduate pictured above, is the Kansas winner of the Doodle 4 Google contest. Atlis holds the artwork, which is one of 54 state and territory winners now competing to be put on Google’s main page. Photo courtesy Waverly Atlis.

What is it? The search engine giant asked K-12 students nationwide to submit ideas for the company’s 14th annual “Doodle 4 Google” contest in January.

‘Park Serenity’ doodle: Atlis told the Post that the work was inspired by activities near and dear to her heart — riding bikes and swinging.

Key quote: “I’ve always loved drawing and I am going to get an art major — it’s something I want to make a career out of and it was something I’d be interested in,” Atlis said. “The amount of scholarship money would also be really useful, so I figured, you know, why not throw my hat in the ring.”

What’s next: The public can vote for their favorite doodle online here. Voting, which opened July 7, will help dwindle the list of 54 winners down to five national finalists.